Actionable Options Education
Follow
Unfollow
Volatility Perspectives
Options Trader. Market Observer. I use a variety of metrics and approaches when deciding when and how to enter or exit a position. Over seven years experience trading options, futures, and ETPs. 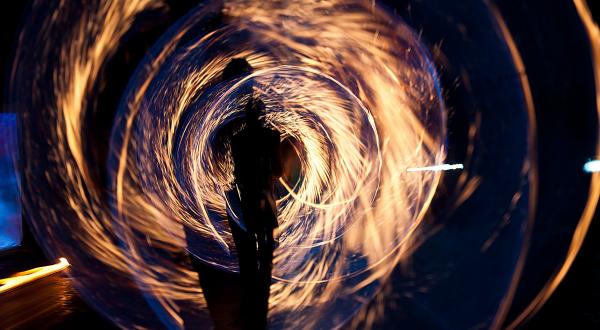 "The <US> Stock Market Can Do No Wrong." - Seemingly Everybody Before This Past Friday

So fair enough, the S&P 500 peaked on Wednesday Jan 22 at 3337 before having a rough couple sessions; Friday's SPX hit a peak of 3332, and bottomed out at 3280 before closing just below the 3300 line. Markets finally appeared to get jittery, and an extended bout of almost crystalline calm.

I've posted a one-year chart on the SPX above. 2019 started out with a ramp higher that steadily erased the angst of Q4 '18. Trade talks stalled out a couple times in May and August, and financial assets threw mini tantrums. Policy makers got the memo, and decided to play nicer with one another.

Once it became clear that the Trump Administration was going to take on more of a constructive tone on trade, financial assets jetted off again in earnest. We can argue over start dates, but right around Sep 3 (near the US Labor Day) stocks made their break-out. Sep 3 the S&P closed at 2906... the 3337 peak from Jan 22 week was 16% above that level. Not bad for four-and-a-half months on an index that displayed low volatility.

How Toppy Are We?

Taking away Friday's drawdown, I hear and read plenty of trader talk about how today's environment feels a lot like the period November '16 (just after Trump became president-elect) through the fateful date of Feb 5, 2018, aka the "VIXplosion".

Because stocks have been on quite a joyride for five months or so, many classic indicators (as an example, the Bespoke graphic above) show how overdone the run-up is; I'm sure you've seen them.

The big question is, are we in for another big spill of the VIXplosion variety? My take is that the answer is "no", but that it's a very natural and healthy question that traders should at least start to be asking themselves. I say this without regard to what you might call your "home market", or trading instrument of choice. That's because when the SPX hits a rough patch, so do most other risk assets.

What's the Same Between Today vs. Two Years Ago?

Friday's miniburst in vol notwithstanding, S&P VIX has definitely been in a state of major decline. So much so, in fact, that in some ways vol today is quite similar to where it was leading into the VIXplosion. Take a look at the 2017 section of the graphic above - even during the year with the least amount of vol going back to the 1960s, there were still some vol ramps here and there (August, for instance). Also, take a peek at the very early portion of Jan '18: vol was indeed low, but not quite at the same region as the nadir from November 2017.

So a low-vol environment channeled into what in retrospect was a blow-off top by any definition. That's really not too different from where we are today, I'll readily admit. In fact, the S&P peaked on Jan 26, 2018 before taking a breather, and then shortly thereafter spilled lower in sudden fashion. Was Friday our dip before the real storm commences?

Before I move on to differences, I want to emphasize that I am not arguing that the SPX is fairly valued, or that the recent gains are not overdone. No question that important similarities exist between today's environment and that of two years ago. The two periods rhyme.

The Differences Are Bigger Than the Similarities (For Now)

Realized S&P vol actually began to pick up as tbe SPX entered the blow-off phase. The fact is, folks weren't squeamish back then; they just wanted to pick up as much access to "delta" - market exposure - as possible. VIX in late Jan of '18, while lower than today's term structure, was trading quite high in relation to realized vol at the same time, due to trader's essentially setting to lever up and participate in any further gains.

By contrast, current SPX vol readings are higher than where they were in late 2017 leading into the VIXplosion, while still low in overall terms (that big hump in the current term structure corresponds to the US presidential election month). The slopes are pretty similar between the two periods, but the relative VIX-to-realized vols are not the same, nor (in my view, at least) is the rationale behind what was/is driving those vols.

Let me give you another cause of my skepticism that we're setting up for a massive vol spike: unrivaled SPX leadership.

While the SPX indeed enjoyed a period of low-vol increases throughout 2017, the comparative performance of the popular non-US indexes such as EEM, EFA, and ACWX were considerably stronger. Low volatility "market-can-do-no-wrong" mentality of the US spread out toward these other markets, which throttled higher. Vols across the globe, even for products such as oil or gold, were trading at unfathomable lows.

By contrast, the one-year chart above demonstrates that the performance has been far more favorable to the US in comparison to products such as ACWX, EFA, or EEM. Investors are of course piling in, but their scope for indiscriminate buying looks to be more targeted to US shores. In other markets, traders are behaving with less abandon, at least on the basis of a one-year lookback.

Implied vols are important, because they form a record of traders' collective forward-looking expectations. But realized volatility shares what actually occurred, ex post.

Above are periodic (not annualized) 21-day, 60-day, and 252-day realized S&P volatilities heading back to late January of 2016. As might be expected, monthly vol whips around quite a bit more than the quarterly or annual figures.

It is certainly the case that the quarterly reading was annihilated in Q4 '19. Today's vol doesn't look all too different from two years ago either on a monthly or quarterly basis. Again, you'll get no argument here that things have been unusually calm. But I think there is also strong evidence that markets are not in that state of extreme complacency that ultimately led to a sudden breakdown.

...we're quite likely getting to that state where returns are high while vol is simultaneously in a state of deep calm. But we're not there yet.

What I like about Sharpe Ratios is that they combine returns (in excess of the risk-free rate) with the underlying volatility picture. The current one-year SR has recently enjoyed a period where returns screeched higher while vol thudded lower; hence the ramp that we see in Q4 '19. Overbought today? No doubt.

Still, we have to respect just how freakish the risk-return profile looked on the S&P before the index careened lower with a true blow-up in spot volatility and attendant futures. I simply don't see that profile today... yet.

Every day, traders have to make decisions, even if the choice is simply to keep one's hands on the wheel and stay the course.

"Is vol a buy or a sell here?" Given how toppy the S&P has gotten, I'd say it's shaping up to be more of a buy.

"Are US markets complacent now?" Yup. But even there, we see a pretty big gap between 2019 and 2017. In '17, financial assets were more or less uniformly unshakable. You only have to look back to May, June, or August of 2019 to observe that when traders saw fit to sell off risk, they readily did just that.

"So what are you seeing for the next few months?" The core risk drivers in 2018 and 2019, most notably trade concerns and monetary policy, look to be more relaxed today than they have been over much of the past two years. Until I see evidence of the current state of affairs getting more dodgy, I think the overall situation is one that is conducive to risk taking. Vol's cheap enough here that it could make sense to do some spreads that allow for some intermediate-term vol spasms that quickly dissipate, with a general trend higher in the market.

Remember, whether you are a newbie or a seasoned vet, all that any of us can do is trade the market that's right in front of us. That's perhaps one of the biggest differences between being a trader as opposed to an investor. Because true "investment" requires a pretty decent period where funds are held up, current market conditions matter in different ways than for traders.

For traders, with tight risk controls and shorter positional time horizons, I'd remind readers that the real lesson of the Feb 5 '18 VIXplosion is that the big meltdowns can and do come like a thief in the night. You always want to be ready for them, and you don't want to confuse "the trend is your friend" with "the trend cannot abruptly end". It can, and as such one needs to set their risk controls accordingly.

So we should never rule out another unannounced leap higher in equity volatility. But while there are some undeniable similarities between today and early '18, the differences are perhaps still more important. Don't trade the current market in the shadow of the past.