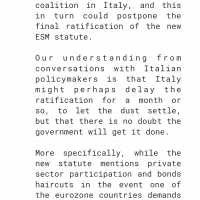 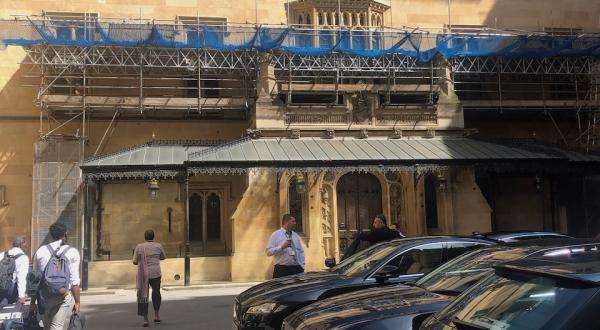 UK Prime Minister Boris Johnson campaigned heavily – and successfully - on a "get Brexit done" message. Right after the election, he appeared confident that the UK and the EU could negotiate a "comprehensive" trade agreement by December 31.

But markets immediately identified the main flaw in his thinking - that the UK insists on pushing for regulatory "divergence” and thus the frictions to trade that will inevitably happen post-Brexit will be deeper than expected.

We pointed that out on November 25:

"…Markets are, however, understandably uncomfortable … with Prime Minister Boris Johnson's post-Brexit strategy, which they consider simplistic and too dismissive of the EU's current negotiating position. Johnson, they claim, could still rock the boat by insisting on a de minimis trade agreement with the EU that could damage supply chains and hurt the financial services industry - currently UK's main export to the continent. (11/25/2019 at 01:43PM GMT, Eyes-Only Macro)

But as the basic message remained the same, something else changed since the election, and namely:

1) London started to harden its public rhetoric, as UK officials seem keen to show strength and mark the distance with the “Theresa May days.”

2) British officials are now openly ruling out “regulatory alignment” with the EU, as well as the so-called “level playing field” after Brexit. We heard this message was conveyed directly by Johnson’s Special Advisor Dominic Cummings to UK officials involved in the negotiations – and reiterated publicly by other members of Johnson’s Cabinet.

This is likely to complicate negotiations with the EU, and - on balance – to make the process more contentious. In fact, European Commission's President Ursula Von Der Leyen already made it clear that regulatory divergence will be met with even more restricted access to the EU Single Market.

On top of that, news – which broke out on Tuesday - that the United Kingdom and the United States are also negotiating a trade agreement (according to some US officials it’s a “done-deal” already), and that they are eager to ratify it before the US elections season begins and Congress goes into recess, is likely to ruffle feathers in Brussels.

We warned investors about this last week, when we wrote that:

“We have been hearing that the United Kingdom intends to carry out negotiations on separate trade agreements with the US and the EU in parallel, throughout 2020. In fact, British officials are planning to announce a UK-US deal by December 31 - at the same time as the transition period with the EU ends.

It is seen - even among UK officials - as a big gamble both in terms of timing and given the lack of manpower at the International Trade Department within the UK civil service. The UK-US treaty will most likely for now be limited to goods and its scope is likely to be narrow - as narrow as the agreement with the EU. But we have also been told there are already negotiating chapters open on services, and even on financial services.” 01/13/2020 at 01:51PM, Eyes-Only Macro)

At this point, the UK is much less inclined to show its hand as to which side – the EU or the US – it is more eager to strike a trade agreement with.

To be clear, privately UK officials still view the EU agreement as crucial from a purely economic standpoint – in fact Chancellor of the Exchequer Sajid Javid said exactly that in Davos earlier this week. But in the Trump era trade is not just about the numbers, and politics is key.

And it does matter that London seems now prepared to maximize its political proximity to Trump and use it as leverage with the EU later on.

We suspect the Trump administration could help by turning the screw on the EU on trade – for instance with timely tariffs against the German auto industry, and by avoiding retaliation against a UK “internet tax” (which is likely to happen, from what we understand).

Brussels calculation however still is that - when push comes to shove - Trump remains a highly transactional President, and that he is unlikely to make concessions to the UK simply based on intangibles – friendship, common language, history, and so on.

All in all, while we would refrain from speculating on which side is making the right call, we believe this is a further sign that there are fundamentally different world views now in London and Brussels, and that this likely to contribute to make negotiations more contentious.

A Concise Timeline (What Lies Ahead)

1) End of February - Beginning of March

The European Council finalizes a “negotiating mandate” for the European Commission. The mandate will be wide and include services, as Member States managed to at least on paper convince the Commission team to keep an open mind.

The final deal, however, will look like a basic FTA and is unlikely to include services, and it is reasonable to expect that the EU negotiating team will focus on discussing the elimination of tariffs and quotas on goods – which they believe is an attainable objective.

A minimal trade agreement is likely be seen as bearish news by investors, but they should keep in mind this doesn't mean services can't be discussed later on, once a basic FTA is done and dusted.

Per the "Withdrawal and Transition Agreement," the UK could, in theory, request an extension of the Dec. 31 deadline up until July 31 - though Prime Minister Johnson categorically ruled it out and EU officials do not consider it realistic.

After that, the December 31 negotiating deadline can't be changed - amendments to the WTA are no longer be possible since the current negotiating process is no longer covered by article 50.

The UK and the US finalize the outline of a trade agreement, to be signed and ratified possibly before Congress enters into recess.

London and Washington have begun negotiations a while ago, and there is on both sides of the Atlantic the political willingness and capital to ratify a meaningful agreement before the election cycle begins, and Congress goes into recess.

EU officials are worried that the UK might use this as a leverage point to get bigger concessions from the EU side. They are also worried that London is at this point more interested in, and devoting more resources to, finalizing the UK-US agreement rather than the UK-EU one.

The UK leaves the EU, most likely after both sides ratified a UK-EU FTA and thus avoiding a cliff-edge.

But the EU side made it clear to us that no matter the storytelling, there will be frictions to trade and disruptions in the supply chains even for trade in goods.

And – most importantly - the crucial financial services sector will in any event not be part of the deal. UK-based institutions will have to rely on “equivalence” – which however is the result of a unilateral decision by the European Commission that can be changed with a one-month notice period.